skip to main | skip to sidebar

Happy the man, and happy he alone,

He who can call today his own:

He who, secure within, can say,

Tomorrow do thy worst, for I have lived today.

Be fair or foul or rain or shine

The joys I have possessed, in spite of fate, are mine.

Not Heaven itself upon the past has power,

But what has been, has been, and I have had my hour.

I did not know Coach Dooley well. Many many people did. When I was first in school at UGA, I used to say that he was the most powerful man in Georgia, and I don't think many disagreed. I also used to say that he was so powerful because football ruled the world. There, I was wrong. I found out much later that Vince Dooley was not prominent because of football. Football in the Dawg nation became preeminent because of the Coach.

I can't go into any detail about his career in football. I really didn't much care. Others can cover that:

“Coach Dooley is truly one of the seminal figures in the history of the Southeastern Conference,”

“By far, Vince Dooley was the classiest and smartest coach I’ve ever met.”

"Sitting in the chair Coach Dooley inhabited is surreal to me, I just pinch myself. He embodied what Georgia athletics is all about and motivates me to be the best I can be. You hear the stories of his time as AD, and knowing he went through them all, it’s inspiring. I feel like he was my Coach, too. When he would tell me he was proud of me or that I had done a good job, it was the greatest compliment I could get.”

" People associated Vince Dooley with class, and that was his trademark and how the University of Georgia carried itself." 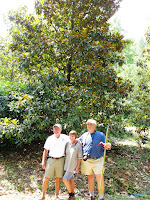 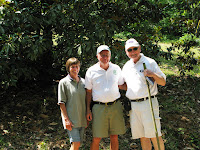 It was only after his coaching days were done that I had the chance to meet the man behind the myth, while walking in his garden talking plants. I probably didn't talk much at all. I was tagging along with some horticultural legends in their own rights. But I listened carefully, and began to see the intelligence, knowledge, enthusiasm and grace of this true southern gentleman. 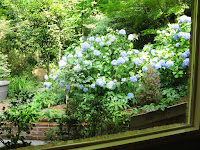 Over the next years I visited his magnificent garden many times. I heard him speak on gardens. I went on tours with some of UGA's horticultural greats to gardens of other greats . Vince often came along. He visited my nursery on numerous occasions, with special focus on Japanese maples. He loved talking about all the unusual plants we grew. I once gave him a dwarf Japanese Elm- Ulmus parvifolia 'Seiju' because he liked it so much. Every time I saw him thereafter, he made sure to tell me how his "Seiju' was doing, and how much he appreciated the gift. 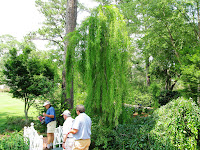 In addition to his excellence in the fields of leadership, management, and sports, he had an encyclopedic knowledge of history, with special emphasis on the South. I was usually there for the plant talk, but Vince had so much more to share. I was charmed by his story telling, and by his often self-effacing stories about his life. For instance, his front garden, on either side of a small creek, contained many different species of weeping plants. Traditionally this design might reflect the "movement" of the creek water in the pendulous nature of the trees. But no, not in this case. This was his "Weeping" garden because it gave him a place to go after a football loss. 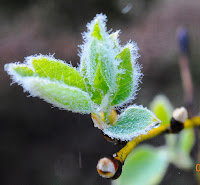 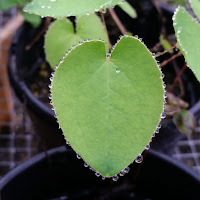 I've been looking back thru pictures remembering some of those times. I have also touched base with gardening buddies that knew him. Looking back and touching base has been a great comfort, and a welcome ballast. I have missed my horticultural days, and over the past year I have found myself back in the mood to propagate plants, share gardening ideas, even get my plant dealers license again. In order to make the move from the nursery to retirement, I had to step away from all that I loved so much. But this experience has reminded me that it's ok; in fact it is good to reconnect. 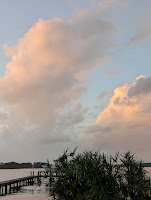 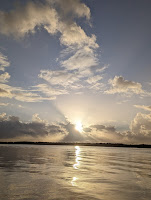 I am moving on from sad, and re-enjoying the things I love that I shared with the Coach and others. Surely he was one who could "call today his own". I am also spending more time with my camera to re-enjoy the fabulous features of plants. I took many a plant picture in the past, and maybe now I can round that out a bit with beach, water and sky pictures. Those joys, after all, are mine. 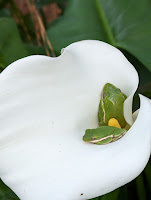 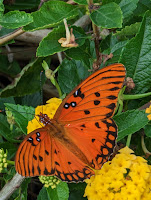 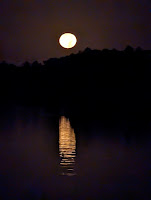 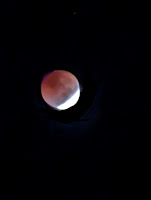 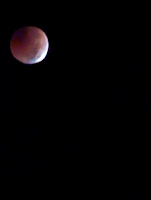 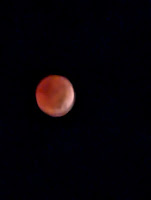 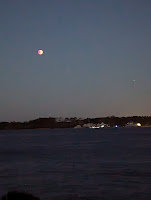